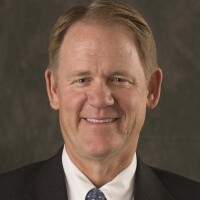 Brent E. Nelson joined the Department of Electrical and Computer Engineering at Brigham Young University as Assistant Professor after receiving his PhD in Computer Science from the University of Utah in 1984. He has held the rank of Professor in the department since 1996. He specializes in teaching digital systems design and CAD tools for electronic design.

His current research interests focus on the development of CAD tools and design techniques to overcome the limitations of commercial offerings. For over a decade, his RapidSmith, Tincr, RapidSmith2, and Maverick projects have provided both FPGA technology researchers and users with the ability to create FPGA-based circuit designs not possible with commercial tools. These have benefited the areas of rapid design prototyping, design-for-reliability, and hardware security. Prof. Nelson's current projects focus on open-source CAD tools and FPGA bitstream security.

Prof. Nelson served as chair of the BYU Electrical and Computer Engineering Department from 1993-1997 and again from 2012-2018. In 2007, he founded the BYU site of the national NSF-funded CHREC Center for High-Performance Reconfigurable Computing (currently known as SHREC) and served as its co-director until 2012.

Prof. Nelson is a senior member of IEEE and a member of ACM. He is actively involved as a reviewer for various IEEE journals and serves on the program committees for a number of conferences, including High Performance Embedded Computing Workshop (HPEC), Field-Programmable Logic and Applications (FPL), Field-Programmable Technology (ICFPT), Applied Reconfigurable Computing (ARC), and FPGA's for Custom Computing Machines (FCCM).

In 2007, he created the Global Leadership Study Abroad within BYU's College of Engineering and Technology, and he regularly takes BYU students to China to study topics in the general area of Globalization, Engineering, and Technology. In addition, he has accompanied BYU performing groups to China on multiple occasions.

For his most recent sabbatical in 2018, he visited Imperial College in London where he researched FPGA CAD tools and design methods.