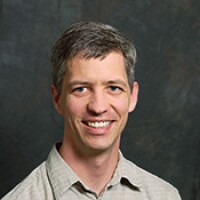 Stephen M. Schultz has received B.S. and M.S. degrees in electrical engineering from Brigham Young University in 1992 and 1994, respectively. He received a Ph.D. in electrical engineering from the Georgia Institute of Technology in 1999 where he worked on integrated optical interconnects. He worked at Raytheon Missile Systems from 1999-2001. He has taught at Brigham Young University since 2002 and is currently a Professor. His research is in the area of optical fiber sensors.