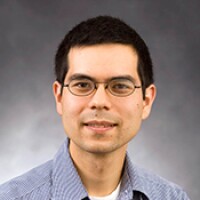 Dr. Mazzeo was born and raised in Ft. Lauderdale, Florida. He saw his first snowfall as a freshman at the Massachusetts Institute of Technology and then spent two years in Santa Cruz, Bolivia as a missionary for The Church of Jesus Christ of Latter-day Saints. He has worked at Motorola, the MIT Media Laboratory, and Milliken Research Corporation. At MIT, his undergraduate research with Professor Akintunde Akinwande focused on the modelling of amorphous silicon thin-film transistors. He graduated from MIT with a BS in electrical engineering. After MIT, Mazzeo headed to Cambridge University in the United Kingdom on a Marshall Scholarship. Mazzeo worked with Andrew Flewitt on thin-film transistor device modeling before focusing on real-time electrical measurements of biological species in solution, the area of research for which he received his PhD. He joined the faculty in Electrical and Computer Engineering at Brigham Young University in September, 2008. He was promoted to the rank of Professor in 2019.