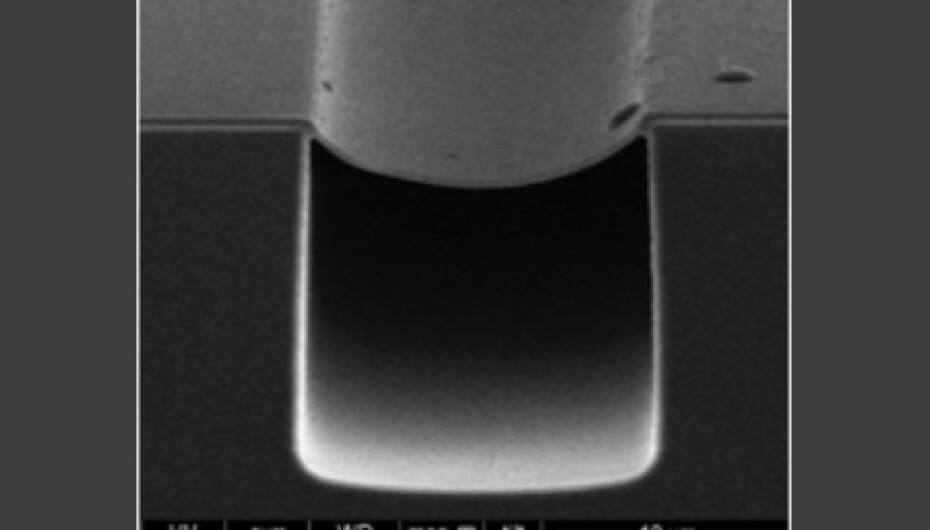 Nanotechnology Journal will soon be publishing a research paper detailing the findings of several ECE students. The team, led by Dr. Aaron Hawkins and consisting of ECEn students Zach Walker, Tanner Wells, and Kalliyan Lay as well as collaborators Mohammad Sampad and Holger Schmidt from the UC Santa Cruz School of Engineering, created a new technique for fabricating membranes so thin that they measure their width exclusively in nanometers.

The technique they developed over the past two years materialized through applications of photolithography and microfluidics. Nanoscale membranes are extremely fragile and any abrupt changes to their shape can cause them to break.  The team utilized the naturally forming shape of a liquid meniscus to provide a template for their membranes.  They first use photolithography to create a wafer with strategically placed channels through which they flow SU8-2000.5 until it fills the trenches and forms a meniscus at the trench opening. Once the SU8 hardens, they grow a silicon dioxide membrane on top and removed the SU8 underneath, leaving the meniscus-shaped silicon-dioxide membrane inside of the channel. Membranes measure in at only fifty nanometers thick and produced a promising percent yield in a variety of channels hundreds of microns long. The results broke scientific ground. Synthetic membranes this thin rarely extend more than a few hundred nanometers in length or width.

The novel fabrication technique will enhance the progress of an even larger project based on synthetic nanpores. With NIH’s funding and support, the team ultimately wants to create a nanoscopic opening in their membranes through which particles could flow. The opening will act as a filter that can detect any kind of nanoscopic particle, including DNA from bacteria and virusus.  Although the nanopore team developed their membrane fabrication technique for their own project, it can also apply to pressure sensors, thermal actuators, micromirrors, and various other MEMS devices.