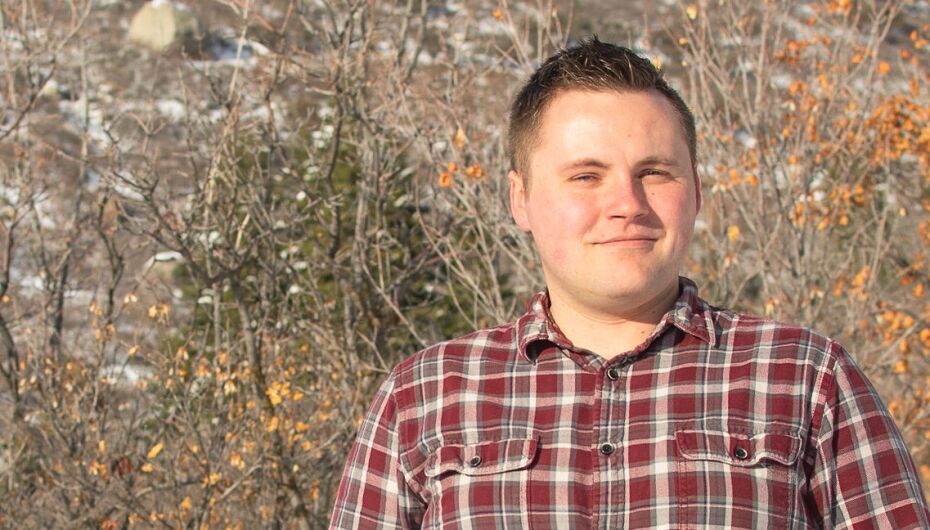 If you follow BYU news, you might have heard about the CubeSat - the small, six-sided “spacecraft selfie cam” a team of our electrical engineers will soon launch into space. The handsome fellow narrating the video is PhD student Patrick Walton, and the unprecedented CubeSat project - which he started as an undergraduate - was just his warm up. In addition to the soon-to-be-launched space camera, Walton is building a fleet of tiny weather satellites with the potential to fill the gaping holes in forecasting data. He started the project, called Care Weather, in January 2019, with business partner Alex Laraway and faculty mentor Dr. David Long.

Care Weather will eventually send weather satellites into space and sell the raw data to large weather systems such as The National Weather Service and the Weather Company, who will organize the data into digestible pieces and send it to weather forecasters. For the past hundred years, this sort of data collection fell to the government, but Walton believes companies have the power to advance the technology faster and more cheaply.

Read on to learn more about Walton and his experience building a startup company as a grad student!

Q: How did the idea of Care Weather start?

Walton: Officially, we started it in January 2019. When I started grad school with Dr. Long, I was pretty upfront that I wanted to discover some need I could work on that could become a company that could become commercially valuable. We explored the biggest holes in his field and found this need for more frequent measurements of wind over the ocean.

Q: Why did you choose weather specifically?

A: One is that ever since I’ve been a kid, I’ve loved weather. We traveled around the country for a few months when I was in fifth grade, and we spent a month in Florida and I binge watched the weather channel all the time waiting for a hurricane. One never came while we were there, but a month later we were in New Jersey for a couple weeks, and hurricane Floyd came in, and I sat outside our motel watching floodwaters rise in the parking lot. It was fascinating to me. [The other reason] is climate change is making the weather worse, and pretty quickly, too. It’s making the weather cost the United States. In the last thirty years the cost of extreme weather has become ten times more expensive. Just crazy amounts of growth in cost. And I feel like companies have the potential to grow the technology faster, at a rate that we need. So I think there’s a really cool opportunity there to try and find business models that do good in that way - save lives by providing earlier warnings, while also producing revenue.

Q: What is your dream for the company?

A: I have this little big dream, which is that we could eventually make a forecast that’s better than anything out there and then we became the voice for helping people understand the science. Maybe if they see that the forecast is more accurate, they could also trust us that the climate is changing. I don’t know if that particular effect would ever happen. I think in another sense, if climate change is making the weather more extreme, then we need better capabilities for adapting to extreme weather. Part of that is knowing in advance when it’s going to be and how it’s going to impact us. We’ll be able to watch it better. So I think we will be able to have a very direct role that way.

Q: What’s been the biggest challenge in starting up Care Weather?

A: The technology is hard. We’re trying to do most of it from scratch, so that slows things down in some ways, but it brings the cost really low. Getting a satellite licensed to launch into space has been really hard. The other thing that takes a lot of our time is trying to raise the money we need to do it, trying to learn how to communicate the vision, and trying to build the business case to make it clear that there’s an opportunity to produce a profit here. Because that’s what investors want to see.

Q: How do you balance Care Weather with your graduate work?

A: My graduate work is funded by NASA, and it’s focused on coming up with the system wide design for the satellite that uses radar to measure winds. Also as part of my graduate research, we got a grant from NASA and Marshall Space Flight Center to collaborate with them over the last year, so we were able to sponsor a capstone team that was also looking at architecture design, and we worked on building that little satellite that’s scheduled to fly - not with the weather sensor, but you know, it can talk back to Earth and tell us what its condition is, what its battery charge is and all those things. So we developed that, and we developed a lot of the business model and some other design elements. These things have been going on in parallel, and we’ve just tried to keep a clear line between what is BYU (and funded by BYU) and what is Care Weather and outside of BYU. We’re working with the tech transfer office to take the BYU stuff now and get it allocated to Care Weather so that it’s all Care Weather, and we can move forward with raising money and building the business.

Q: Have you tried any other startups?

A: I’ve been trying to do startups all through my time at BYU. I worked on a couple app ideas before I realized I should be working on things that I’m actually developing the skills in school to build...My last couple startups have been space focused. The first one was to do a CubeSat in orbit with VR cameras so that you could control where it feels like the CubeSat is looking, and you could sort of have this window from space. It turned out the market for that wasn’t the best, and I couldn’t find a very good business model there. But it was also applicable to inspecting spacecraft, so that idea we proposed to NASA, and that became the BYU satellite project. My current business partner and I worked on another startup after that, which was a suborbital rocket startup with a couple other students out of BYU. That one was called Sugarhouse Aerospace. But we left that one to start focusing on Care Weather.

Q: Who is your business partner?

A: His name is Alex Laraway. He’s a manufacturing student, but he’s grown far beyond that. The whole last year he’s been doing electrical systems design, making circuit boards for the satellite, and now he’s even doing radar work and radar software, so he’s really learned a lot. He has not been afraid to expand his skill set, and he’s been really great to work with. He helped me start the first rocketry competition that turned into what’s now BYU Rocketry, and then he helped me on the BYU Cubesats.

Q: How has BYU helped you in your journey?

A: We participated in BYU’s competition series - both Student Innovator of the Year and the Marriott School’s business competition. The BYU community has just been awesome. Really supportive, and really helped us take the baby steps we need to get some momentum and to move further.

Q: For how long have you wanted to create a company?

A: When I was a kid, I got really obsessed with Mars, and at one point reading this nonfiction book, I learned that we’ve had the technology to go to Mars since the beginning of the space age basically, but it’s too expensive. I feel like more often than not, companies’ incentives are aligned to bring costs down. SpaceX is a really good example; they’ve made the cost of putting things in space come down by a lot. I always wanted to create a company.

Q: What’s been your most rewarding experience at BYU?

A: When I came to BYU there weren’t any space activities for students, so I rallied some friends together, and we started our own unofficial club. I spent quite a few years after that just sort of building that club, and it’s really gratifying to me to see how much aerospace there is now on campus. The rocketry club has a lot of members - about a hundred participate every year. And then there’s a spacecraft club that came out of the CubeSat project that probably has twenty members participating in it every year. It’s just really gratifying to me to see that that work gave a lot of other students opportunities to shoot for the stars and go for their dreams a little bit more.

Q: What is it about space that fascinates you?

A: As a kid, you learn about Lewis and Clark. I grew up with a wilderness in my backyard and just loved to explore, and it was always kind of sad to me that everything had already been explored and discovered. There are just so many amazing things in space that are beyond our understanding. I like to talk with friends about how I think discovering life beyond Earth is going to be one of the greatest discoveries in hundreds of years. I think there are so many things we don’t know - like we can see lots on Earth, but there are so many things we don’t know beyond Earth, and I think that’s really exciting.

Q: What do you like to do in your personal time?

A: I love hiking, and I love hanging out with my wife and six-year-old son. I get funny things from him. I showed him a picture of our satellite, which uses a tape measure as the antenna because it wraps around the satellite really well, and he looked at it and he was like “you know dad, you could use a wire for that, too.”

Q: And going back to Care Weather, what comes next?

A: We’re planning on staying in Provo - or at least Utah county - and I think we’ll definitely look to the EE department and the ME department for students who are excited about working on this.