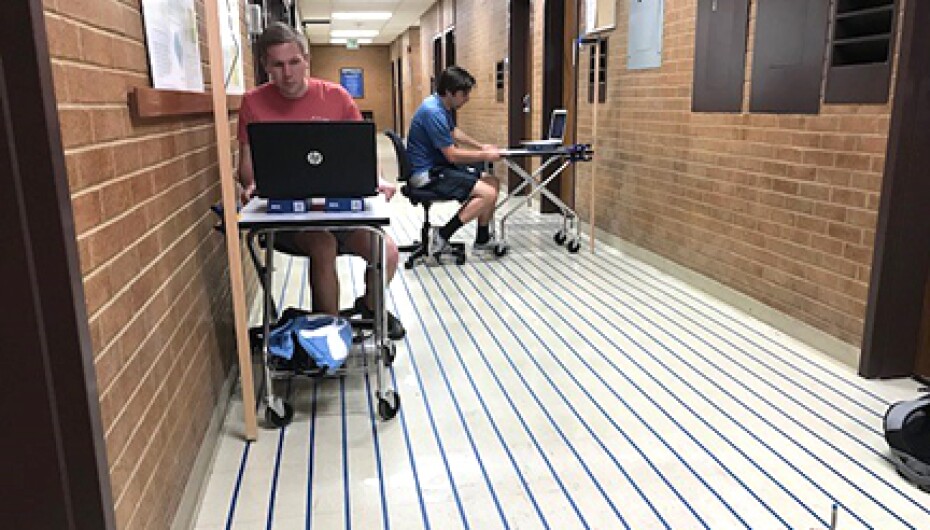 Dr. Willie Harrison, an Electrical Engineering professor, will receive funding and an increased budget from the NSF (National Science Foundation) to finance his research proposal. His proposal, entitled “Best Wiretap Codes for Real-World Physical-Layer Security,” deals with codes that prevent transmitted, confidential information from being intercepted by eavesdroppers.

Of his research, Dr. Harrison said “We code data in a way that exploits the characteristics of the wireless channel to bring about security on its own. This type of security is called physical-layer security, and it does not rely on the sharing of secret keys like conventional cryptography.”

Instead, his research uses the noise in the channels and determines what structure of code is the most superior. Using such a code will maximize the security for the channel conditions, keeping as much confidential information from being intercepted as possible.

He said, “Our approach is totally different than the [current technology]; we already know how to build secrecy codes. So instead of seeing if the codes satisfy certain information theoretic security criteria, what we would really like to say is that the code is the best of its kind—that no code exists that can outperform it.”

Dr. Harrison’s goal of building this code has formed over many years. He began researching physical-layer security, generally, twelve years ago.

“About five years ago is when I finally asked the question if we actually know how to [code data for physical-layer security] in an optimal way. For some reason, people weren’t asking that question,” he said. “We were doing other things that had to do with information theoretical constraints and we were so worried about those constraints that no one ever asked what was the best way to do it. It seemed an obvious thing to ask once I had thought about it, but then answering the question became so difficult.”

That difficult question led him to years of theoretical and physical research. Recently, he, Dr. Michael Rice, and some of his undergraduate students set up radio transmitters and receivers in the Clyde Building where they tested the ability of an eavesdropper to collect confidential information.

“The students were trying to classify eavesdropper locations according to their capacity for secure communications. They found that in many instances we can actually guarantee through physical-layer security coding that the eavesdropper cannot receive any information; whereas without the coding, the eavesdropper would receive part of the information about the message.”

This experiment and Dr. Harrison’s research in general have not moved as speedily as Dr. Harrison would have liked since there was a lack of funding. However, now that he has received this funding from the NSF, he plans to see his research goals progress faster than before.

Of his end goal, Dr. Harrison said, “The hope at the end of the day is that you can measure your environment, specify how long you want your codes to be, and either look up the codes we’ve told you are the best or run an algorithm to generate the best code. We hope to take this from theoretical concepts with a lot of mathematical proofs at the beginning all the way to the end where we can actually build codes, prove that they’re optimal (that no code can do better), and basically give you a recipe for achieving the best possible security results. If you want to do physical-layer security coding and keep your data secure using the attributes of the wireless channel, you can do it, and you can do it in the best way possible.”