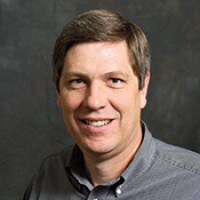 Brian D. Jeffs received B.S. and M.S. degrees in electrical engineering from Brigham Young University in 1978 and 1982 respectively. He received the Ph.D. degree from the University of Southern California in 1989, also in electrical engineering. Since 1990 he has been in the Department of Electrical and Computer Engineering at Brigham Young University and is currently a professor. He lectures in the areas of digital signal processing, digital image processing, and circuits.

Research interests include digital signal processing for radio astronomy, multiple antenna wireless communications, and digital image restoration and reconstruction. He directs the radio astronomy research group at BYU which is actively developing experimental astronomical instrumentation and signal processing algorithms. This group has recently completed a small array of radio telescope dish antennas located on the roof of the Clyde engineering building. This array can form synthesis images of deep space microwave radio sources and is being used to develop and study algorithms to mitigate man made interference while observing space objects.

Dr. Jeffs has recently completed a year-long sabbatical at Delft University of Technology, The Netherlands, where he collaborated with ASTRON in developing and analyzing techniques for self calibration of the LOFAR low frequency radio astronomy array.

Dr. Jeffs was a Vice General Chair for IEEE ICASSP-2001, held in Salt Lake City Utah. He was a member of the executive organizing committee for the 1998 IEEE DSP Workshop, and served several years as chair of the Utah Chapter of the IEEE Communications and Signal Processing Societies.