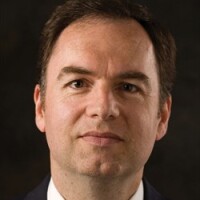 David G. Long obtained his Ph.D. in Electrical Engineering from the University of Southern California in 1989. From 1983 to 1990 he worked for NASA's Jet Propulsion Laboratory (JPL) where he developed advanced radar remote sensing systems. While at JPL he was the Project Engineer on the NASA Scatterometer (NSCAT) project which flew from 1996 to 1997. He also managed the SCANSCAT project, the precursor to SeaWinds which flew 1999-2010 on QuikSCAT, 2002-2003 on ADEOS-II, and 2014-2016 (RapidScat) on the ISS.

He joined BYU in 1990. He is the director of the BYU Center for Remote Sensing and served as Associate Dean from 2012 to 2016. He is the principle investigator on a number NASA-sponsored research projects in remote sensing. He has well over 450 publications in various areas including signal processing, radar scatterometry, and synthetic aperture radar. He has received the NASA Certificate of Recognition several times. He is a Fellow of IEEE and is the Editor in Chief of IEEE Geoscience and Remote Sensing Code Library and an Associate Editor for IEEE Geoscience and Remote Sensing Letters.