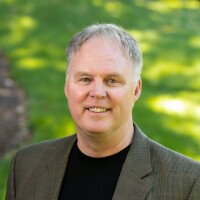 Prof. Michael Rice received his PhD from Georgia Tech, Atlanta, GA in 1991. He was with Digital Transmission Systems, Inc. in Atlanta and joined the faculty at Brigham Young University in 1991 where he is currently the Jim Abrams Professor in the Department of Electrical & Computer Engineering. Professor Rice was a NASA/ASEE Summer Faculty Fellow at the Jet Propulsion Laboratory during 1994 and 1995 where he worked on land mobile satellite systems. During the 1999-2000 academic year, Professor Rice was a visiting scholar at the Communication Systems and Signal Processing Institute at San Diego State University.


Professional Activities He has been a consultant to both government and industry on telemetry related issues. He is a member of the IEEE Aerospace and Electronic Systems Society and the IEEE Communications Society. He was Chair of the Utah Section of IEEE from 1997 to 1999, Chair of the Signal Processing & Communications Society Chapter of the Utah Section from 2002 to 2003 and 2014 to 2015, General Chair of the 2008 and 2016 International Telemetering Conferences, General Chair for the 2009 Communication Theory Workshop and Chair of the Communication Theory Technical Committee in the IEEE Communications Society from 2009 to 2010. He received the Excellence in Citizenship Award in 2008 and the Excellence in Scholarship Award in 2013 from the Ira. A. Fulton College of Engineering, Brigham Young University. Prof. Rice served as the Technical Editor for Command, Control, and Communications for IEEE Transactions on Aerospace & Electronic Systemsfrom 2006 to 2016, as the Associate Editor-in-Chief from 2013 to 2017, and is has served as the Editor-in-Chief since 2018. He was the Editor-in-Chief for the Aerospace & Electronic Systems Society Quarterly Email Blast (the Society Newsletter) from 2016 to 2017. He is an associate member of the Telemetry Group of the Range Commanders Council. He was elected to the Board of Governors for the IEEE Aerospace and Electronic Systems Society in 2016.

Teaching Professor Rice teaches undergraduate courses in signals and systems, communications, and frequency supervises undergradate research projects. At the graduate level, he teaches courses in random processes, detection and estimation theory, statistical signal processing, information and coding theory, and wireless communication theory. He is the author of the text book Digital Communications: A Discrete-Time Approach published by Pearson/Prentice-Hall from 2009 to 2018. He received the Wesley Lloyd Award for Distinction in Graduate Education from Brigham Young University in 2011.