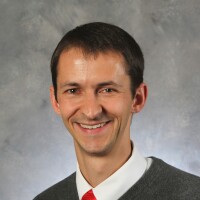 At UCCS, he served on the proposal, instructor search, graduate fellowship selection, and Internationalization Advisory Committee, and he additionally served as faculty advisor to the IEEE student club. He earned the Teacher of the Year award for the 2015-2016 academic school year for the UCCS College of Applied Science.

He also serves actively in the broader electrical engineering community. Over the past six years, he has participated in fourteen workshops and conferences, many of which covered wireless security. He has served as a reviewer on five NSF proposal review panels, a “remote reviewer” for CHIST-ERA ERA-NET (a European consortium of twenty research funding organizations), and as a scholarly reviewer for multiple IEEE publications.

His experience extends internationally, as he is fluent in Mandarin Chinese and for three years directed an NSF-funded International Research for Students (IRES) program in conjunction with the University of Coimbra, Portugal.