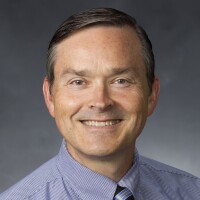 Professor Greg Nordin received his BS degree in Physics from Brigham Young University in 1984, his MS degree in Physics from UCLA in 1986, and his PhD in Electrical Engineering from the University of Southern California in 1992. From 1984 to 1992 he worked at Hughes Aircraft Company, first in the Radar Systems Group, then in the Electro-optical and Data Systems Group, and finally in the Hughes Research Laboratory.

From 1992 to 2005 Prof. Nordin worked at The University of Alabama in Huntsville in the Electrical and Computer Engineering Department as Assistant, Associate, and Full Professor, where he founded and directed the university's Nano and Micro Devices Center, which the University of Alabama System Board of Trustees created as an independent research center. While director of the center, he led a group of 10-15 PhD students and 5-8 full-time staff. He also created a 7,600 sq. ft. cleanroom facility for nano and microfabricated devices to pursue research in photonics, MEMS, microfluidics, and sensors. He joined the faculty of the Electrical & Computer Engineering Department at Brigham Young University as Full Professor in 2005.

Prof. Nordin has led numerous large research programs, and has been principal investigator on research grants from government and industry totaling $18M. He received the National Science Foundation CAREER award for promising young faculty in 1996 and the UAH Outstanding Researcher Award for 1998-1999 and 1999-2000, and the UAH Foundation Award for Research and Creative Achievement in 2000.